SAN FRANCISCO and NEW YORK – May 29, 2019 – Immunotherapy has become a first-line treatment for several types of cancer. Over time, researchers have observed that some patients develop autoimmune disorders following cancer immunotherapy. After treatment with checkpoint inhibitors, for example, roughly 1% develop a kind of insulin-dependent diabetes that appears similar to type 1 diabetes (T1D), according to research published in the journal Diabetes.

The Parker Institute for Cancer Immunotherapy, JDRF and The Leona M. and Harry B. Helmsley Charitable Trust today announced a collaborative research initiative to better understand this phenomenon and to identify the causes of T1D. The three nonprofits are jointly funding $10 million in autoimmunity research over a three-year period.

“The clinical success of immune checkpoint inhibitors such as ipilimumab, nivolumab and pembrolizumab has changed the face of cancer therapy, extending lives of patients who previously had few choices. In rare cases, these patients develop insulin-dependent diabetes, and nobody truly understands how or why,” said Parker Institute CEO and President Jeffrey Bluestone, Ph.D., also the A.W. and Mary Margaret Clausen Distinguished Professor of Metabolism and Endocrinology at the University of California, San Francisco (UCSF).

“In putting together this research initiative, we hope to answer key questions that will help us predict and prevent autoimmunity following immunotherapy treatment in the future,” said Bluestone. “This is of increasing importance as more patients are being treated with checkpoint inhibitors and other immunotherapies.”

There is hope that this autoimmunity research collaboration could also shed light on the causes of T1D in the broader population.

About 1.25 million people in the United States have T1D, an autoimmune disorder that develops when the insulin-producing pancreatic beta cells are mistakenly destroyed by the body’s immune system. As a result, a person’s pancreas stops producing insulin, the hormone that controls blood-sugar levels. “We know little about the causes of type 1 diabetes in otherwise healthy children and adults,” said Ben Williams, Ph.D., Helmsley Charitable Trust T1D program officer. “We believe that this research may reveal profound discoveries relevant to all forms of type 1 diabetes, potentially leading to new biomarkers for detection and treatment.

This partnership aligns with Helmsley’s desire to seek out and fund promising, high-risk research that could have a massive impact.” The initiative is a collaboration between leading cancer immunotherapy and diabetes research organizations, coming together for the first time to explore the intersection between these two types of chronic diseases. “This collaboration combines leading experts in diabetes and cancer immunology to accomplish a feat that has never been achieved: permanently turning off an autoimmune response in humans,” said Aaron J. Kowalski, Ph.D., JDRF President and CEO. “Investing in this research will help us better understand, in real time, how type 1 diabetes develops and potentially disable the immune system so that disease progression never happens.”

Investigators participating in the initiative include Kevan Herold, M.D., professor of immunobiology and medicine at Yale School of Medicine in Connecticut; Mark Anderson, M.D., Ph.D., professor at the UCSF Diabetes Center in San Francisco; Jane Buckner, M.D., president and director of translational research at the Benaroya Research Institute at Virginia Mason in Seattle; and medical oncologist Osama Rahma, M.D., of the Dana-Farber Cancer Institute in Boston. The work also dovetails with additional autoimmunity research projects at the Parker Institute and JDRF’s immunology research to stop autoimmune attacks that target insulin-producing beta cells.

About Parker Institute for Cancer Immunotherapy
The Parker Institute for Cancer Immunotherapy (PICI) is radically changing the way cancer research is done. Founded in 2016 through a $250 million gift from Silicon Valley entrepreneur and philanthropist Sean Parker, the San Francisco-based nonprofit is an unprecedented collaboration between the country’s leading immunotherapy researchers and cancer centers, including Memorial Sloan Kettering Cancer Center, Stanford Medicine, the University of California, Los Angeles, the University of California, San Francisco, the University of Pennsylvania and The University of Texas MD Anderson Cancer Center. The institute also supports top researchers at other institutions, including City of Hope, Dana-Farber Cancer Institute and Fred Hutchinson Cancer Research Center. By forging alliances with academic, industry and nonprofit partners, PICI makes big bets on bold research to fulfill its mission: to accelerate the development of breakthrough immune therapies capable of turning all cancers into curable diseases. Find out more at www.parkerici.org. Follow us on Twitter | Facebook | LinkedIn | Instagram

About JDRF
JDRF is the leading international nonprofit fighting to cure type 1 diabetes (T1D) while also helping those with T1D live healthy lives today. Supported by hundreds of thousands of donors, JDRF raises, invests and drives more funds to T1D research than any organization in the world. As a result, JDRF has played a key role in major T1D advances – drug, device, cell research – that have improved lives and brought us closer to our ultimate goal of a cure. JDRF is mission-driven and serves as an aggressive advocate and educational support for the T1D community. JDRF has staff and volunteers across the United States, has five international affiliates, funds research in more than 20 countries and supports insulin-aid efforts in the U.S. and around the world. Visit jdrf.org to learn more.

About the Helmsley Charitable Trust
The Leona M. and Harry B. Helmsley Charitable Trust aspires to improve lives by supporting exceptional efforts in the U.S. and around the world in health and select place-based initiatives. Since beginning its active grantmaking in 2008, Helmsley has committed more than $2 billion for a wide range of charitable purposes. For more information, please visit helmsleytrust.org. 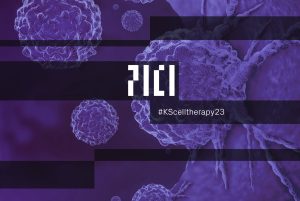