Stephen J. Forman, MD, of City of Hope, says he often imagines a chemotherapy-free approach to leukemia. One where he could use various immunotherapies that now exist to treat and cure the disease. He acknowledged that many people would say it’s a crazy idea. But that doesn’t hold him back from putting big ideas like this on the table.

For the past 40 years, Dr. Forman, leader of City of Hope’s Hematologic Malignancies and Stem Cell Transplantation Institute and the Francis & Kathleen McNamara Distinguished Chair in Hematology and Hematopoietic Cell Transplantation, has gone to work every day to care for patients and tackle some of the toughest challenges in cancer research. He was at the forefront of stem cell transplantation in the 1970s-80s and more recently has been a pioneer in chimeric antigen receptor (CAR)-engineered T cell therapy for both hematologic malignancies and solid tumors.

“There are many analogies between what we are now doing in immunotherapy and what we did in the early days of stem cell transplantation,” said Dr. Forman. “There was both an esprit and competition among the small group of scientists and clinicians in the field. But at the end of the day, we were all focused on developing this new therapy to treat incurable cancers of the bone marrow and immune system and inspire others to join us in that quest.”

One of Dr. Forman’s many roles at City of Hope is directing the T Cell Therapeutics Research Laboratory, where he and Christine Brown, PhD, the lab’s deputy director, lead a team of talented scientists in both basic and translational research to develop CAR T-cells to treat a wide variety of cancers. Having been introduced to the idea of CAR T-cells while working with immunotherapy scientist Michael Jensen, MD, Dr. Forman returned to the lab 10 years ago to study CAR T-cell therapy and understand where it could fit into the overall field of cancer immunotherapy. His goal is to see it tested in every type of cancer similar to the way checkpoint therapy has been explored. And that is just what his team is doing.

This type of bold thinking, collaborative approach and dedication are what drive the research agenda at the Parker Institute for Cancer Immunotherapy (PICI). Dr. Forman, who has worked alongside PICI investigators at UCLA and Caltech, officially joined our network in July 2018 to help advance our research agenda in cell therapy, with a focus on brain tumors, lymphoma, leukemia, myeloma and breast, pancreatic ovarian and prostate cancers.

“I was drawn to the commonness of purpose that Sean organized for the Parker Institute as it mirrored our own commitment,” he said. “I recognized quickly that these are the people who are making immunotherapy a field and hopefully a therapy for patients with cancer. My research team and I wanted to contribute, collaborate and do our part. We wanted to learn from our friends and colleagues. It’s a privilege to be a part of this noble effort.”

He believes some of his group’s most well-known work is what initially caught Sean Parker’s eye about the City of Hope program. Parker happened to be in the room when Dr. Forman presented research conducted with colleagues Brown and Behnam Badie, MD, on the first glioblastoma patient who had a complete response to CAR T-cell therapy that lasted six months. Based on their pre-clinical work in tumor-bearing mice, they demonstrated that delivering cells directly into the brain and spinal fluid can work, which opened up new avenues of therapy for patients. Dr. Forman was also sure to credit PICI Director Antoni Ribas, MD, PhD, of UCLA, who helped get their research published in the New England Journal of Medicine.

Although this case was a significant turning point for Dr. Forman and his team, he says that all of their patients are just as important as the others.

“The truth is, every time we perform a CAR T-cell treatment that leads to remission or we see a scan without any disease, it is always breathtaking. It never gets old, and we work to achieve therapeutic success for all who come to us for help and trust us to care for them,” he said.

“It is really the work of many people that have led to these magical moments for our patients. Many had no options and some were on their way to hospice before getting their treatment.”

Dr. Forman has been recognized with numerous honors and awards throughout his career. Most recently, he was inducted as a member of the Association of American Physicians and received the 2019 DKMS Mechtild Harf Science Award for his outstanding achievements in cancer immunology, hematology, stem cell transplantation and CAR T cell therapy.

Dr. Forman also delivered the E. Donnall Thomas Lecture at the American Society for Transplantation & Cellular Therapy annual meeting earlier this year. This lecture recognizes individuals who have contributed meritoriously to the advancement of knowledge in stem cell transplantation and cellular therapy. Dr. Forman and E. Donnall Thomas, MD, worked together to edit the first textbook in the field entitled Hematopoietic Cell Transplantation, now in its 6th edition.

Working with PICI, Dr. Forman and his team seek ways to extend CAR T therapies to different types of hematologic malignancies and solid tumors. Much of his group’s research focuses on modifying the cancer’s environment to make it more hospitable and receptive to CAR T-cell therapy, particularly in solid tumors and central nervous system cancer.

“We recognize that it’s going to require a combinatorial approach – merging various technologies to identify the right targets, using the right cells and modifying the tumor microenvironment – to be successful,” said Dr. Forman. 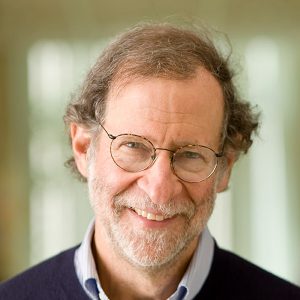 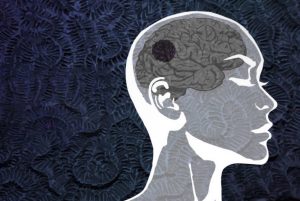 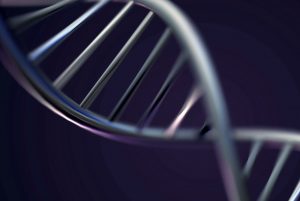