As he watched last summer’s demonstrations declaring that Black Lives Matter, Avery Posey, PhD, knew he had to personally take action. The murder of George Floyd sparked nationwide protest and conflict, including gatherings just minutes from Posey’s lab at the Abramson Cancer Center of the University of Pennsylvania in Philadelphia. It was a reminder not just of the tension between the Black community and America’s criminal justice system, but also of the racial disparities that exist elsewhere at all levels of society, including in science.

“The events of last summer were motivation to make sure that everyone is progressing in this world, and that we aren’t leaving behind large populations of people based on the color of their skin,” said Posey, an assistant professor of Systems Pharmacology and Translational Therapeutics at the Perelman School of Medicine at the University of Pennsylvania and a PICI member researcher. “And so, anything that we can do in our own respective worlds, we should.” 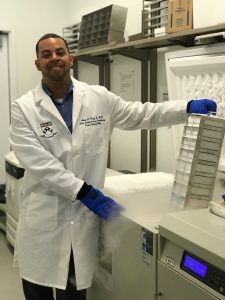 In truth, it’s this idea – that there’s vital importance in scrutinizing and re-evaluating established concepts – that permeates all of Posey’s work. It’s just as critical to his view of society at large as it is to his own profession, or even the makeup of a single cell inside the body.

Building on a Game Changer

For all its promise, CAR-T cell therapy comes with potential toxicities, including neurological effects. To call these “side effects” wouldn’t be quite accurate. It’s actually a result of the therapy working exactly as designed.

“We should pursue any way to optimize a treatment and decrease its toxicity.”

CAR-T was hailed as a game changer when it was first approved by the U.S. Food and Drug Administration in 2017, and it’s easy to see why. The treatment, pioneered by Posey’s postdoctoral mentor and PICI Center Director Carl June, MD, modifies patients’ own immune T cells, which are collected and reprogrammed to potentially seek and destroy the patients’ cancer cells. After they’re infused back into patients’ bodies, these T cells both multiply and attack, targeting cells that express a protein called CD19. Studies have shown it can put patients with several types of leukemia and lymphoma into remission.

But CD19 is also expressed on non-cancerous cells, including those that make up the brain’s natural protective wall called the blood brain barrier. That finding came from a collaboration PICI made possible thanks to both funding and an all-star network. Posey’s team joined PICI investigators Howard Y. Chang, MD, PhD, and Ansuman Satpathy, MD, PhD, at Stanford Medicine to use single cell mapping to better understand the therapy’s connection to neurotoxicity. So while researchers around the world push to find ways to make CAR-T effective in other types of cancer, Posey is focused on improving what already works.

“We should pursue any way to optimize a treatment and decrease its toxicity,” Posey said. “If the gold standard of CAR-T turns out not to be what we’re currently targeting, it should make us rethink our strategy.”

The group is now focused on mapping and analyzing individual cells to find alternative ways to target tumors. Theoretically, the better tactic would be to direct CAR-T cells to a target that exists only on tumors and not on healthy cells, whether that means a protein, a sugar or even the extracellular factors surrounding a cancer cell.

Posey and his team are using a multi-pronged, multi-species approach to finding such an option.

If CAR-T cells can put humans into remission, why can’t they do the same for our pets? It’s a question Posey has been asking for years, and answering it involves playing catchup. CAR-T research picked up steam in the 90s, and its eventual success is built on decades of work. Thanks to the work of Posey and his collaborators Nicola Mason, BVetMed, PhD, of Penn Vet, and Daniel Powell, PhD, and Don Siegel, MD, PhD, of Penn Medicine, a similar effort in dogs is making significant progress.

“Not only can we bring comfort and benefit to the dogs, but we also think we can learn a lot about cancer in people,” Posey said, noting the veterinary clinical trial is aimed at treating people’s pets who, like their human counterparts, may not have better options. “Canine tumors have similar genetic features to humans. The treatments and drug combinations are also the same, as are the methods tumors use to resist the immune system’s responses.” 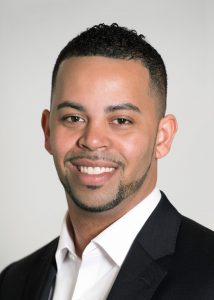 While the canine CAR-T cells in this trial are currently directed at a different protein than in humans – CD20 instead of CD19 – they are also universal, meaning they can come from a healthy donor and don’t need to be manufactured specifically for each patient. This cuts down on the time required to generate the treatment and is considered somewhat of a holy grail in the cell and gene therapy world.

Improving the way CAR-T cells are made is only one part of Posey’s mission. He’s also focused on improving diversity within science. His approach is rooted in his own experience, and perhaps its fate that his personal path is so closely tied to his field.

“I thought that would be different by now. It’s not.”

Posey took a genetics course as an undergraduate at the University of Maryland, Baltimore County (UMBC) at a time when the sequence of the human genome was first published.

“That’s where I fell in love with genetics and the potential to use genes to treat disease,” Posey said.

Posey is an alumnus of the Meyerhoff Scholars Program at UMBC, which is quite unique. When Posey was a student, this program funded four years of college for high-achieving high school seniors, provided they have an interest in pursuing a PhD in the sciences or engineering and are interested in the advancement of minorities in the sciences and related fields – a huge decision for a teenager. Students worked in study group clusters throughout their undergraduate careers and stayed together for four years.

“The scholarship recipients made a commitment to each other, providing support, community and accountability,” Posey said.

Last summer, as protests sprouted across America, Posey drew on that model for inspiration. With the support of institutional leadership, he’s launching a pilot program to bring in six students of color as undergraduate interns. In addition to giving them research experience and mentorship, the program will provide housing and financial support.

“That would mean these students don’t have to look elsewhere for those resources, which allows them to fully commit their time to the research,” Posey said. “It’s also important for these students to stay connected to other students of similar backgrounds and similar interests so they feel the strength of the community.”

For Posey, it’s not just a chance to pay his own experience forward. It’s also an opportunity to make meaningful change that’s long overdue.

Posey remembers spending summers in programs that included field trips to local companies and universities and talking with Black scientists there.

“They were the only Black scientists,” Posey remembered. “I remember thinking about how isolating that must be. I thought that would be different by now. It’s not. That’s a motivating factor for me. There’s still work to do.” 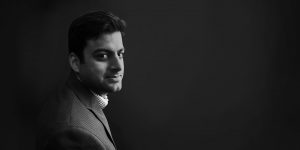 The Power and Promise of High-Risk Science 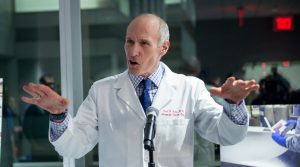 Carl June, MD: How He Developed CAR-T and Reflections on Cell Therapy