It began with a stomach ache. An uncomfortable bloated feeling.

Lacey Padrón, PhD, now PICI’s Head of Informatics, was in her early thirties. She had just moved to San Francisco, and she was enjoying her career leading data scientists at a company helping patients access the right care for them.

At first, doctors thought it was ovarian cancer, but a surgical biopsy revealed the cause was diffuse large B-cell lymphoma, the most common type of non-Hodgkin’s lymphoma. “This was a relatively good diagnosis,” she remembered. “Because this cancer type was much more treatable and I had a good chance of beating it.”

Six months of brutal chemotherapy later – including visits to the ER, rounds of tests, hair loss and a frightening reaction to an infusion – doctors told her that she was in full remission. “It was two days after the 2016 election and a lot was happening in our country,” she recalled, “but I was celebrating my personal victory.”

The experience not only changed the trajectory of her life, but it would alter how she saw herself making an impact in the world – guiding cancer cures for patients.

Science and math stood out to Padrón even at an early age. “I had an amazing middle-school teacher who took me to my first math competition. But she also had a drama club and let us have mud fights,” she laughed. “She left an impression on me. I was a super nerd.”

Her passion for STEM eventually led her to the Massachusetts Institute of Technology, where she obtained her undergraduate degree. There, an “ethos of celebrating ideas in science” stuck with her. “There were these empty pedestals that students could climb on top of,” she said. “It meant anyone with an idea could be a scientist and could make an impact.”

“It meant anyone with an idea could be a scientist and could make an impact.”

She became that scientist at Stanford University, where she invented data analysis methods to study cognitive function in mice, earning her PhD in Electrical Engineering. The work gave her a background with data, statistics and machine learning – which she applies to PICI’s studies today.

But something was missing. “I wanted to do science that was closer to the patient,” she said. She began to ask around, and a company that used analytics to make healthcare accessible for patients seemed like the right fit for her data skills and interest. She thrived in the role and was promoted to lead larger teams. It was then that she received the diagnosis that changed her life.

When she recovered from treatment, she knew cancer would be her focus. “I read Emperor of All Maladies by Siddhartha Mukherjee, which was incredibly page-turning for me. The last chapter talked about the potential of immunotherapy. That trail led me to PICI. It was a perfect fit,” she said.

As Head of Informatics at PICI, she leads the team that examines cancer and the immune system from every measurable angle, taking into consideration the whole patient – from their molecular wiring to their physical symptoms and reactions. Dissected down to data points, these numbers, individually meaningless, are contextualized into insights.

“Making sense of the mountains of data gives us a sense of what’s going on inside patients so we can help the immune system effectively fight cancer,” Padrón said.

But certain barriers stand in the way. Cancer data is disorganized, for one. A monumental problem in cancer research is structuring all the complex patient and biological data into a single system. The informatics team solved that problem by building the Cancer Data and Evidence Library, or CANDEL, a big data library with built-in machine learning tools. With it, scientists can analyze across vast datasets. Their findings power all of PICI’s research and steer the organization toward breakthroughs in science.

Most recently, CANDEL helped identify a group of pancreatic cancer patients with certain biological characteristics that indicate they could benefit from novel immunotherapy-chemotherapy treatments tested in PICI’s PRINCE trial. New, effective options are urgently needed for these patients, whose cancers are often caught at a late stage when it has spread to other parts of the body. Many do not live beyond a year after diagnosis.

“It’s incredibly exciting to think that we might know ahead of time who to treat with these drugs.”

“It’s incredibly exciting to think that we might know ahead of time who to treat with these drugs,” Padrón says. “If we can definitively identify these patients, we can make a huge difference.”

The data guides decisions for patients who didn’t respond to these treatments, too.

“The signatures in patients’ tumors and blood give clues as to what else we can do for them,” Padrón notes.

It’s wins like this that fuel her forward, because she knows firsthand the toll of cancer; the effect it has on not just the person with the disease but every friend and family member. She sees a piece of her experience reflected in each data point gathered. Every tissue or blood sample is a gift and an opportunity to learn.

Even with all her team’s efforts, cancer is not an easy foe. And immunotherapy, with all its promise, still doesn’t benefit most who receive it. Knowing this, Padrón and her team charge forward, unrelenting.

“Cancer taught me to do the things I want to do now because the unexpected can happen. For me, that means using science to make a cancer diagnosis less frightening for patients. Any contribution I can make toward this goal is meaningful to me.” 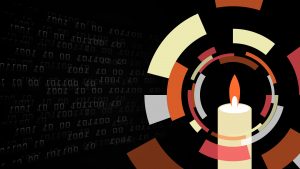 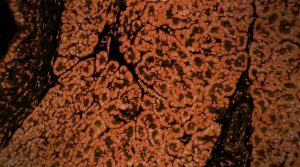