I’ve just returned from Chicago where ASCO, the world’s largest cancer conference, recently finished up. There was a lot of buzz around immunotherapy as usual. Here are five things that stood out to me:

1) Defining cancers by genetics and biomarkers, not site or histology.  We’re seeing a shift in how potential new cancer treatments are identified. The recent FDA approval of pembrolizumab for mismatch repair and microsatellite instability was a watershed moment. Now other drugs designed to target certain mutations or a specific molecular profile are showing some success. At ASCO, we saw that with larotrectinib, which targets mutations in the tropomyosin receptor kinase gene, or TRK. We’ll only see more of this in the future. I think it bodes well for personalizing approaches to treatment, and shows how immunotherapy is evolving into targeted immunotherapy. It is no longer one size fits all.

2) CAR-T continues to gain momentum.  Some of the most exciting data presented was for CAR-T targeting B-cell maturation antigen, or BCMA, in patients with multiple myeloma. Nanjing Legend reported that six out of seven multiple myeloma patients were not only in complete remission but most patients were negative for minimal residual disease, at least in the group that was followed for more than six months. We need to see longer follow-up on more patients to understand the durability of the responses, but are encouraged by similar results reported by Bluebird Bio and Celgene. Of course these results need to be considered in the context of toxicities, particularly cytokine release syndrome, which remains a challenge. That is one reason why the Parker Institute has devoted resources to study the mechanism of toxicity associated with immunotherapy.

3) Immunotherapy drug combinations are not the end all, be all.  After seeing PD-1 resistance develop in patients over time, many researchers and drug developers were expecting that the immunotherapy dual combinations, without chemotherapy, would be the answer. But that may or may not be the case. In light of that, we are starting to see greater acceptance of the idea that the rational combination of immunotherapy with other modalities and standards of care, like radiation or chemo, may make sense in some settings. There were a few abstracts at ASCO, like this one for atezo, chemo and radiation in non-small cell lung cancer , that hint at that trend.

4) I/O life outside the T-cell. In immunotherapy, we’ve been very focused on targeting killer T-cells, whether it’s activating them or modifying them to home in on specific tumor cells. But now we’re seeing a wider range of therapies emerge that utilize other immune cells, like natural killer cells, macrophages and suppressor cells, such as T-regs. It’s still early days, but I think this is a very important area of research.

Carl June, M.D., came away decorated with oncology’s highest honor, and delivered a thought-provoking lecture. He shares some similarities with Dr. David Karnofsky, for whom the award is named. They were both pioneers in developing new cancer treatments: Dr. Karnovsky in chemotherapy and Dr. June in CAR-T. They both also devoted their careers to oncology with an eye on the patients first, and championed collaboration to advance science. We are very lucky to have Dr. June as a leader within the Parker Institute for Cancer Immunotherapy, where he heads up our adoptive cell therapy research group. Together, we are building on his work, engineering the next wave of CAR-Ts that provide effective, lasting results in more patients with fewer side effects.

At AstraZeneca, Dr. Ibrahim was the vice president of clinical development for Immuno-oncology, leading the team developing multiple immunotherapies. Molecules developed under his leadership included durvalumab (anti-PD-L1 antibody) and tremelimumab (anti-CTLA-4 antibody) both with single drug and combination therapies with a focus on registrational studies in multiple indications including lung cancer, bladder cancer and head and neck cancer.

As a member of the Bristol-Myers Squibb Immuno-oncology program, he served on the Yervoy (ipilimumab) clinical team supporting the program from early phase II through multiple global launches of the first FDA-approved immune checkpoint inhibitor. In addition, he played a key role in early development for nivolumab (PD-1), PD-L1 and CD137 antibody.

Throughout his career, Dr. Ibrahim has been involved with global cancer immunotherapy societies such as the Society of Immunotherapy for Cancer (SITC), Ludwig Institute, the Cancer Research Institute and Cancer Immunotherapy Trials Network (CITN). He is a trained medical oncologist, who conducted bench and clinical immunotherapy research at the cancer vaccine branch of the National Cancer Institute in Bethesda, MD. 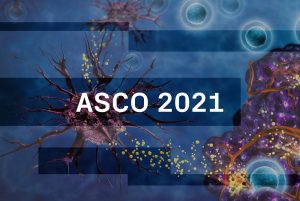