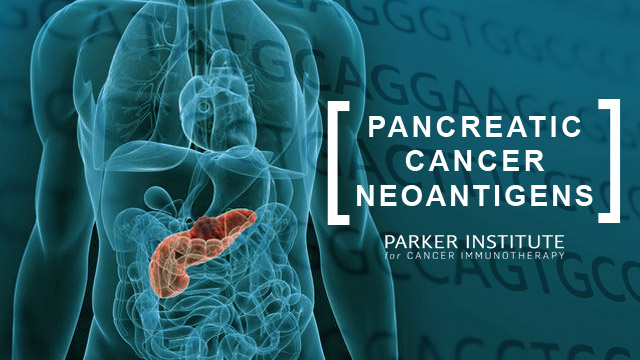 Pancreatic cancer has one of the lowest survival rates among major cancers: about 8 percent of patients diagnosed remain alive after five years.

But what is it about those 8 percent that allow them to live longer?

Part of the answer may lie in genetic mutations and cancer-killing T-cells that just won’t quit, according to a study published this week in Nature by Parker Institute scientist Vinod Balachandran, M.D., a pancreatic surgeon and researcher at Memorial Sloan Kettering Cancer Center (MSK). He will also present the findings Nov. 11 at the 2017 Society for Immunotherapy of Cancer annual meeting near Washington D.C.

“People have known for a long time that these long-term survivors exist, but they are extremely rare,” said Dr. Balachandran. “There has been this idea floating around that perhaps it may be immune-related, but that has never been definitively nailed down, until now.”

Typically, pancreatic cancer is viewed as what’s called an “immune desert.” The immune system’s T-cells cannot penetrate the tumor to kill the cancer cells growing out of control.

However, Dr. Balachandran and his collaborators had a hunch that the immune system does play a role in long-term survivorship. To find out more, they began studying 82 long-term survivors of pancreatic cancer, patients who had already undergone surgery and survived a median of six years.

They looked into their tumors and blood for clues to what made their immune systems special. What he found was akin to discovering water in the so-called immune desert.

Long-term survivors did in fact possess cancer-killing T-cells in their tumor and blood, about 12 times as many as active T-cells as pancreatic cancer patients with poorer outcomes.

A product of mutated genes, neoantigens are proteins largely specific to a patient’s tumors. They act like a red flag to the immune system, signaling to T-cells that the protein is “foreign” and that the cancer cell needs to be destroyed – similar to how the immune system reacts to infections.

Through gene sequencing, Dr. Balachandran found that long-term survivors had cancer neoantigens that looked particularly foreign, making it easier for the immune system to recognize and target those tumor cells. Interestingly, these neoantigens contained sequences that closely resemble those of infectious microbes, which may make them even better at activating T-cells on the hunt for foreign invaders.

They also found that a quarter of long-term survivors possessed neoantigens that traced back to one gene, MUC16 (pronounced “muck 16.”) The gene codes for mucin, a major component in mucous produced by epithelial cells.

In those survivors – up to 12 years after surgery, in one case – the T-cells recognized these neoantigens and presumably helped fight off the tumors.

The discovery of pancreatic neoantigens that spur a lasting immune response has important implications for therapy development. The team is now working on creating a therapeutic cancer vaccine that targets those neoantigens in hopes of eradicating the cancer for good.

Changing the view of pancreatic cancer

Together, the two discoveries call into question some commonly held views of pancreatic cancer: that this tumor type has no neoantigens for the immune system to attack, and that immune cells, including T-cells, cannot be found in the tumor or fight it off.

“The pancreas is known as an immune desert. But is this true or not?” Dr. Balachandran said. “In long-term survivors, our data suggest that the immune system and neoantigens play a vital role in their exceptional outcome.”

A companion paper on algorithms to predict the best neoantigens was also published online.

Read the press release from MSK 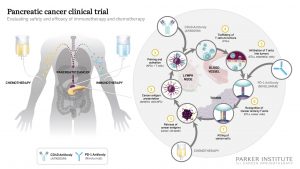 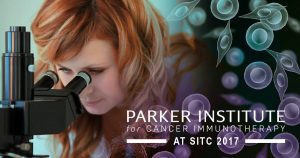