SAN FRANCISCO – Neoantigens, tiny markers that arise from cancer mutations, flag cells as cancerous and could be the key to unlocking a new generation of immunotherapies. Targeting the “right” neoantigens – in a cancer vaccine or a cell therapy – has the promise to eliminate a patient’s cancer with minimal side effects. But hundreds of mutations can exist in a tumor, and only some can give rise to neoantigens that can trigger an immune response against cancer. The question is, which ones?

Scientists from an initiative launched by the Parker Institute for Cancer Immunotherapy (PICI) and the Cancer Research Institute called the Tumor Neoantigen Selection Alliance (TESLA) have discovered parameters to better predict which neoantigens can stimulate a cancer-killing effect. TESLA brings together a constellation of 36 top biotech, pharma, university and scientific nonprofit research teams. Their findings were published online today in Cell and could spawn a new generation of more effective, personalized cancer immunotherapies.

Through advanced computational analysis, the alliance discovered five characteristics that strongly indicated which cancer markers were most likely to generate an immune response. They fell into two major categories: the way the neoantigen is presented on the cancer cell and how the neoantigen is recognized by the immune system.

When the data model emphasizing these five characteristics was put to the test against another set of cancer samples, it accurately predicted 75 percent of effective neoantigen targets and filtered out 98 percent of ineffective ones.

“Our aim is that data produced from TESLA becomes the reference standard when developing a new neoantigen-based treatment,” said Daniel Wells, Ph.D., principal data scientist at PICI and the study’s corresponding author. “If every method, old and new, used the data to benchmark their predictions, the whole field would be able to collaborate and iterate on new methods much more quickly.”

Wells co-led TESLA with Nadine Defranoux, Ph.D., a co-senior author on the paper.

To produce this benchmark, each TESLA team submitted its most promising neoantigen predictions for melanoma and non-small cell lung cancer (NSCLC) tissue to open science nonprofit Sage Bionetworks. PICI then cross-compared and validated which predictions were correct and recognizable by a T-cell.

When the five newly-found characteristics were reapplied to participating teams’ algorithms, the predictions measurably improved.

“Until now, neoantigen prediction has been a black box. We had hints at what features might be important. The data model out of TESLA is the first to identify these five features as significant,” said renowned neoantigen expert, co-senior author on the paper and professor Robert D. Schreiber, Ph.D., director of the Andrew M. and Jane M. Bursky Center for Human Immunology & Immunotherapy Programs at Washington University School of Medicine in St. Louis.

Findings also demonstrated that no two prediction methodologies were alike, and most were significantly different. No team’s methodology identified every neoantigen, nor a large majority of these cancer markers, indicating a need for a harmonized scientific effort like TESLA.

Further study is needed in other cancer types, but the discoveries are a significant step forward for neoantigen research.

“This research has the potential to improve drug makers’ and researchers’ mathematical algorithms. It can prioritize antigens most likely to be present on each patient’s cancer and most visible to the immune system while deprioritizing the ones that aren’t. That means better individualized treatments for patients,” said Lisa Butterfield, Ph.D., vice president of research and development at PICI. “We’re excited to see where the field takes these findings.”

The full TESLA dataset, the largest of its kind, is available freely to the research community. The hope is that it can lead to accelerated personalized therapy development and even improved efficacy for cancer patients worldwide.

Neoantigens are markers present on the surface of cancer cells but absent on normal tissue, making them attractive drug target candidates. They commonly arise from mutations that occur as tumor cells rapidly divide and multiply. The immune system can recognize these markers as “foreign,” and as a result, target the cancer cell for destruction. In order to predict which neoantigens will be present on a patient’s tumor, researchers have developed software programs to analyze tumor DNA sequences and output the unique set of markers that the immune system is most likely to recognize.

Participating research groups received genetic sequences from normal, melanoma and non-small cell lung cancer (NSCLC) tissues. These cancer types were selected because of their tendency toward a larger number of mutations. Using each laboratory’s own algorithms, each group output a set of predicted neoantigens that were anticipated to be present on the tumor cells and recognizable by the immune system. The predictions were then validated through a series of tests to assess which predictions are most likely to be correct and recognizable by T-cells. Through this effort, PICI shared data with each participant to inform and further improve their algorithms, and therefore, the potential effectiveness of personalized neoantigen therapies for cancer.

The research institutions taking part include the Broad Institute of MIT and Harvard, California Institute of Technology, Dana-Farber Cancer Institute, Institute for Systems Biology, the La Jolla Institute for Immunology, the New York Genome Center, Roswell Park Comprehensive Cancer Center, Sage Bionetworks, The Tisch Cancer Institute at the Icahn School of Medicine at Mount Sinai, the University of California, Santa Cruz, the University of Pennsylvania, The Carole and Ray Neag Comprehensive Cancer Center at UConn Health and the Washington University School of Medicine.

Internationally, scientists from the University of Lausanne and the Ludwig Institute for Cancer Research, Lausanne, the National Center for Tumor Diseases at Heidelberg University Hospital, Netherlands Cancer Institute, SIB Swiss Institute of Bioinformatics, and TRON – Translational Oncology at the University Medical Center of the Johannes Gutenberg-University Mainz Non-profit GmbH joined the project.

About Cancer Research Institute
The Cancer Research Institute (CRI), established in 1953, is a highly-rated U.S. nonprofit organization dedicated exclusively to saving more lives by fueling the discovery and development of powerful immunotherapies for all cancers. Guided by a world-renowned Scientific Advisory Council that includes four Nobel laureates and 26 members of the National Academy of Sciences, CRI has invested $445 million in support of research conducted by immunologists and tumor immunologists at the world’s leading medical centers and universities, and has contributed to many of the key scientific advances that demonstrate the potential for immunotherapy to change the face of cancer treatment. To learn more, go to www.cancerresearch.org. 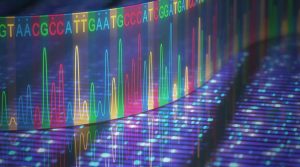 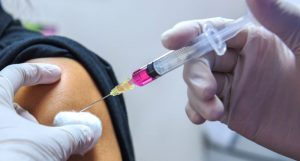