Always make time for a sunrise. Dr. Ranjana Madhusudhan’s feelings on this were clear. Anyone who knew her – from family to friends to colleagues – not only heard about her great appreciation of the natural beauty and the inherent hope that arrives with the dawn of each new day, they also were likely pulled along to watch one with her at one time or another.

She was a truly remarkable woman. Ranjana began her journey as a Fulbright Scholar who came to the United States from India in 1981 to pursue a PhD in Economics at Syracuse University’s Maxwell School of Citizenship and Public Affairs. After receiving her degree, Ranjana settled in New Jersey, where she raised her family and dedicated her life to public service. She joined New Jersey’s Department of the Treasury in 1986, and through a career that spanned more than four decades, she rose through the ranks, breaking barriers to become the State’s Chief Economist in the final years of her career. In addition, she remained a dedicated academic in the field of economics. She authored numerous publications that helped guide national policy, served as the President of the National Tax Association, and taught public finance as an adjunct faculty member at Rutgers University’s Bloustein School of Public Policy. 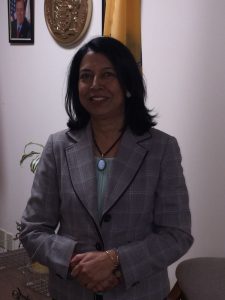 In her spare time, Ranjana was an avid bird watcher, enjoyed walking nature trails and doing yoga. She was committed to good health and was physically active. That’s why in May 2019, when Ranjana was diagnosed with pancreatic cancer, the news hit so hard. It came out of nowhere.

“It was devastating because it made no sense. She exemplified good health,” her son Aditya said.

Pancreatic cancer is relatively rare by comparison to other cancer types, but the prognosis for patients is particularly grim. While it only makes up about three percent of all cancer diagnoses in the United States, it’s the third leading cause of cancer deaths. Less than ten percent of people survive five years from their diagnosis. Because no validated test can detect pancreatic cancer in patients with no symptoms, it’s incredibly challenging to catch it early – when surgery can remove the tumor before it has spread – leaving only difficult options for patients.

Facing long odds, Ranjana turned to a clinical trial. In June 2019, she enrolled in PRINCE, a trial sponsored by the Parker Institute for Cancer Immunotherapy which treated pancreatic cancer patients with a new combination of immunotherapy and standard-of-care chemotherapy. She immediately began treatment at the Abramson Cancer Center of the University of Pennsylvania under the care of Dr. Thomas Karasic.

“It’s a journey,” he said, “and it’s a step in the direction of finding a cure.”

Ranjana experienced incredible life milestones while she was being treated. In June, she witnessed her daughter, Shefali Kotta, being sworn in as an attorney. In November, her son Aditya and his wife Susan held their wedding celebration in New Jersey. In December, she celebrated her 40th anniversary with her husband Madhu. In February 2020, she welcomed her first grandchild, Nora Kotta, and flew out to the west coast to be with her. It’s no surprise that while she was there, she made a point to go to the beach to watch the sunset.

After she returned from her trip, Ranjana stopped responding to the therapy. It was especially difficult as the COVID pandemic hit, limiting her visits to the clinic and not being able to have her extended family and friends around her. Aditya said his mom and the family drew strength from the network of patients and caregivers they encountered, giving them an appreciation for the process of being involved in a clinical trial.

“It’s a journey,” he said, “and it’s a step in the direction of finding a cure.”

Ranjana viewed her participation in a clinical trial as a continuation of her public service to the community that had supported her and her family throughout her journey. In her final days, when she made the decision to move to hospice, the state legislature worked through the weekend to pass a resolution to honor her. It arrived the morning of her passing, she was able to hear it read out loud by her family and run her fingers over the official state seal. More than 1500 people attended her funeral service (conducted virtually due to the pandemic), showing how many people she touched.

Aditya and his family are hoping to carry on Ranjana’s spirit by sharing her story, with the hope that it will help people understand the value of clinical trials and the importance of supporting science that can make a difference for patients and their families.

Aditya also says he wants to be a resource for anyone going through their own journey and to let them know that just because there may not be a cure yet, that doesn’t mean there isn’t hope.

“I want people to remember my mother’s story and know they’re not alone,” he said.

As part of his mother’s legacy, Aditya set up a memorial through PICI. If you’d like to honor a loved one, you can make a gift here.

Keep up to date with the latest PICI news by signing up to receive email updates. 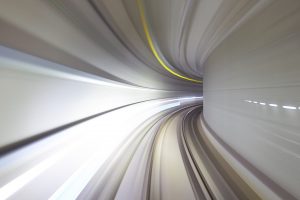 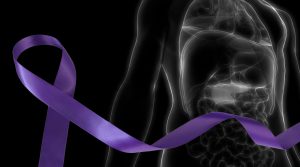 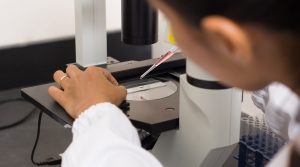