A stunning taskforce of 33 leaders from across academia, industry, government and nonprofit have decided to tackle a fundamental hurdle in cancer immunotherapy research that has prevented the field from moving forward.

The barrier is a lack of uniform clinical definitions that clinicians and researchers can use to determine a patient’s resistance to drugs that target the PD-1 pathway, some of the most commonly used immunotherapies. Specifically, how to identify primary resistance (a tumor that never responds to anti-PD-1 therapy) and secondary resistance (when there is an initial benefit but the tumor escapes the control of the immune system).

With consistent parameters implemented by the entire field, the taskforce aims to fuel smarter clinical trial design for new treatments that can benefit these immunotherapy-resistant patients.

The group, assembled by the Society for Immunotherapy of Cancer, published a paper outlining these definitions in the Journal for ImmunoTherapy of Cancer on April 1. This is the first time a taskforce with representation across the field has come together to tackle this critical problem.

We interviewed three PICI coauthors on the paper to learn more. Their responses were edited for clarity.

Why focus on defining these specific anti-PD-1 resistance scenarios?

Tawbi: PD-1 antibodies have been successful for treating many cancer types. But in many instances the treatment does not work well right off the bat or resistance develops later, for various reasons.

There are now thousands of clinical trials trying to reverse this resistance to immunotherapy. The hope is that by adding another drug to a PD-(L)1 inhibitor they can overcome the tumor’s resistance even after a patient has received immunotherapy before and had their tumors grow. The problem is, patients in both resistance scenarios are treated the same when it comes to interpreting the results of those studies. Biologically, there is a big difference between a patient whose tumor progresses quickly versus a patient whose tumor responds initially but grows back. So when the new combination works or doesn’t work, it’s hard to say which population it’s working in or not. It’s very unclear.

We realized as a community that we need to define these resistant groups to better understand them and do further analyses on a treatment’s effectiveness in different populations.

What did the group determine?

LaVallee: We created guidelines for characterizing a cancer patient who fails to respond to a PD-(L)1 therapy as intrinsically or primary resistant or adaptively or secondary resistant.

Tawbi: We’ve defined primary resistance as tumor progression after 6 weeks of being on a PD-(L)1 inhibitor, with a requirement that a scan be completed in 4 weeks after the tumor progresses to confirm this categorization.

Secondary resistance is defined as tumor progression after shrinking or staying stable for 6 months. Another confirmation scan is recommended after 4 weeks from progression, or sooner if the patient is deteriorating quickly.

In both definitions, progression happens while patients are still on treatment.

There is another scenario. In many cases, patients who have received PD-1 in the past stop treatment and then progress. Rather than define an entirely new biology for this group, we concluded that this tumor behavior can be potentially bucketed into either the primary or secondary resistance groups. The group recognized that most PD-(L)1 antibodies are cleared out of a patient’s system in about 12 weeks. So a patient who progresses or recurs less than 12 weeks after stopping treatment would fit into the primary resistance group; and if they progress or recur after 12 weeks, then they fit in the secondary resistance group.

Why is this impactful to patients?

LaVallee: There is a lot of benefit to patients. We now have consistent standards for when to take patients off treatment particularly with primary resistance. The secondary resistance definition allows us to include the right patients in clinical trials.

Zappasodi: When new drugs are tested in studies that implement our definitions to create homogeneous groups of resistant patients, it will be easier to reliably understand the effects of these novel agents. This will ultimately speed up immunotherapy drug development and the identification of new treatments that anti-PD-(L)1-resistant patients can benefit from.

Zappasodi: I’m proud of this work for two reasons. To start, this is the first study that addresses this fundamental question of having consensus definitions for different types of resistance to PD-(L)1 blockade applicable across multiple solid tumor types. Second, this is a successful example of highly collaborative work among academia, industry and government, which is absolutely needed to generate clinical guidelines.

Tawbi: Not only were we able to find consensus with a diverse group on a difficult problem, I’m also proud that we were able to create simple definitions that will be easy to adopt.

LaVallee: And, consistent definitions adopted by the entire industry will enable clinical and biomarker data sets to be informative across studies. That means faster wins for patients.

What’s next for the taskforce? They plan to apply this knowledge to data that currently exists to validate and refine these definitions. And, they’ve evolved in a permanent committee that will continue the work. 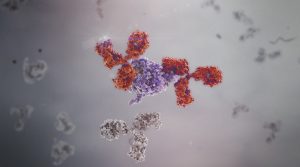 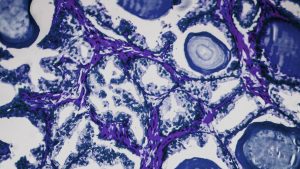